What will surprise us Apple in 2022?We checked the leaks

Apple used to present its products at loud conferences that take place in spring and autumn.Usually, a few days before the premiere of the new iPhone or iMac, the world holds his breath in anticipation of what the American giant will present.It will be no different in 2022.

iPhone SE (2.generation) premiered in April 2020.He went on sale for $ 399 (in Poland - PLN 2199).It quickly turned out to be a sales hit, because he offered a number of possibilities at a fairly affordable price, which made many people get the opportunity to reach for the Apple product.

It is expected that the next iPhone from the SE series will premiere at the beginning of 2022.Can be called iPhone SE Plus or simply iPhone SE (3.generation).There are no significant changes in the phone's design itself.

Some speculate that Apple will use a slightly better display in the new SE model, while most say that we will continue to deal with the same screen with a diagonal of 4.7 inches and a single lens at the back of the device.The price is to remain unchanged, because it is the biggest advantage of the iPhone SE.

The updated iPhone SE model would stand out in a newer processor.Chip A15 Bionic is used M.in.in the iPhone 13 model.In addition, it would be equipped with 5G connectivity. 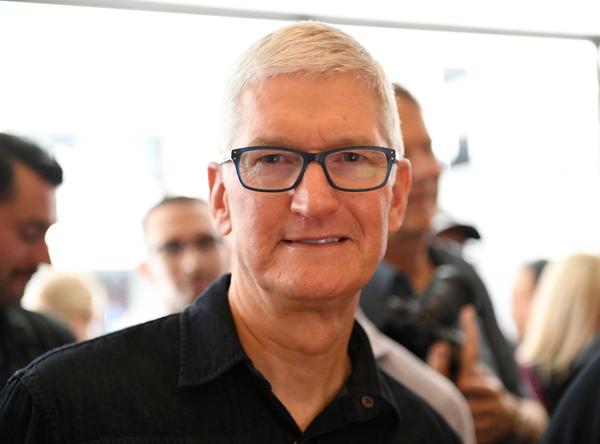 In September, the iPhone 13 had its premiere, but even before this happened, it was speculated about solutions that could reach "fourteen".

There is no shortage of speculation about notch, which in 13.the generation of the phone has been reduced.In "fourteen" would finally disappear for good, and the technology necessary for the use of Face ID would be under the display.There are also rumors that the iPhone 14 will be slightly thicker, so the bulge will disappear caused by the lens at the back of the device.

Perhaps Apple will decide to withdraw from the sale of the iPhone in a mini with a 5.4 -inch screen.It does not arouse much interest on the market.A new, 6.7-inch iPhone 14 max may appear in the offer.Thus, "fourteen" would still offer four different models.

The iPhone 14 will have a new A16 Bionic chip, improved camera and 2 TB memory.

What will surprise Apple?Airpods pro 2

At the moment it is not clear, in which a new AirPods Pro model will appear on the market in 2022, but the announcements look quite promising.

The design of the headphones seems to be similar to its predecessor, but their housing is to change.Some speculate that Apple will decide to remove inch inserts in Airpods Pro 2.The new model is also to offer improved noise reduction and better sound quality.

AirPods Pro 2 may have extensive sports functions, thanks to which it will be possible to track life parameters during training.

What will surprise Apple?MacBook Air (2022)

MacBook Air has conquered the market of portable computers due to its size and not very much weight.The new model in 2022 should continue this trend, which means that there will be people willing to buy it.

Experts expect the new MacBook Air to be thinner and lighter than its predecessor.The frames around the screen are also to be reduced.There will be a more efficient processor and graphics, Magsafe charging technology and more USB-C ports.

There are also bad news.The use of newer technology will probably contribute to the increase in the MacBook Air price.

What will surprise Apple?Mac Mini (2022)

The new Mac Mini is to receive a number of corrections that will become an even more efficient computer.There are many rumors about the new Apple computer, but the industry's expectations are as follows - it's M.in.Four Thunderbolt ports, magnetic power cord and improved version of the M1 Pro processor.The same system feeds the latest MacBook Pro.