Motorola presented its new smart watch - Moto Watch 100. This is an inexpensive smartwatch in a sports style, with the manufacturer's own operating system, which is to guarantee a long working time.The device also tempts with a low price.

The announcements of the new Motorola watch have already appeared earlier and according to them Moto Watch 100 has just had a quiet premiere.The watch immediately went to Motorola's offer in the United States, where it was priced at 99.99 USD, i.e. PLN 412.If it enters Europe, its price will of course be higher, but it will still be a buying price.

Motorola had Moto 360 watches with Wear OS for several years, but now the manufacturer has resigned from this platform, and the device works under the control of its own Moto Watch OS system.As with the last Moto 360, the new model was produced under the Motorola brand by Ebynow. 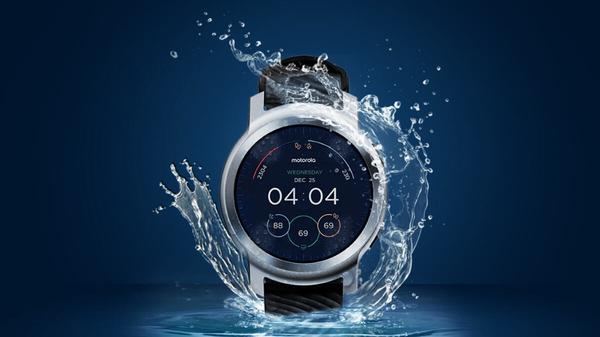 The silver and black version of the envelope with 20 mm silicone stripes are available.Standard black can be replaced with orange, blue or leather stripes offered by the manufacturer.

The new Motorola watch provides constant pulse monitoring and measures the level of blood saturation with oxygen SPO2.GPS, Glonass and Beidou also include the sensors, and Bluetooth 5.0 Le.

Moto Watch 100 allows you to monitor 26 sports, besides, it allows you to analyze the most important health indicators, such as sleep and weight, with deepened statistics available in the smartphone application.

The 355 mAh battery can be quickly charged to 100% in 60 minutes.The battery will provide two weeks of continuous work, which is a clear progress compared to watches from Wear OS.

See: Huawei Watch GT Runner, or a new smart watch for Bieganiazobacz: Ticwatch watches debut in Poland in the distribution of 4cv