Microsoft has released a new app for Xbox One that allows you to cast your PC screen and Android phone. Wireless Display, as that's its name, allows the Xbox to act as a Miracast receiver. And while the projection itself seems like a cool thing, the real icing on the cake is the ability to play PC games directly on your Xbox One from within the new app.

Playing PC games is possible because the application supports the controller and mediates in sending signals from it directly to the computer. This allows you to play many PC-exclusive games on the Xbox - just like Xbox games can be played on a Windows 10 PC via the Xbox app. There are a few steps you need to take for this to work. The first is to install the app on your Xbox One. When we then open it, the console will become visible to other devices with which we can connect. When the blue screen is visible (as in the photo below), then we can connect to the console just like with any other Miracast display, so go to the display menu (Win + P) and select XBOXONE. If you want to control the computer from the console level, for example to play games, select the check box that enables input using the keyboard and mouse from the Xbox.

If the connection is properly established, we should be able to easily switch between the mouse and gamepad inputs while pressing the preview and menu buttons on the controller. On the PC side, you can switch between different latency modes, adapted to gaming, working and watching videos. At least that's what it looks like in theory, because in practice we won't be able to send protected content from, for example, Netflix or Hulu. Moreover, there is no guarantee that all hardware and software configurations will work perfectly. For example, testers praised the mouse support in Surface Go, but had a problem with launching the controller in Minecraft. On the other hand, there was no problem playing Asphalt 9. So it's hard to understand what really bothers the controller at work. It's also hard to say something about Android support - it seems that at the moment it is practically impossible to establish a connection. 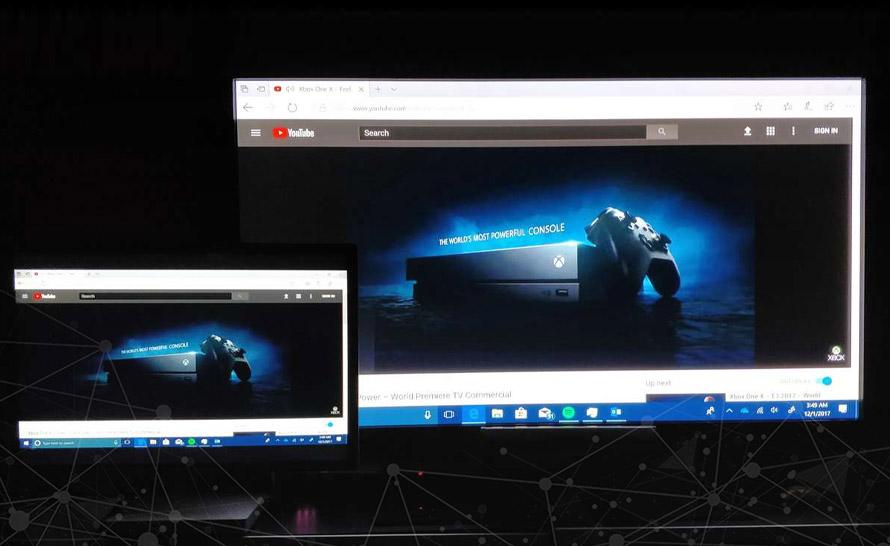 Wireless Display is new on Xbox One, but the application was previously released on Surface Hub 2 and offered similar functionality. The console version adds support for the Xbox controller. Of course, we will download the application from the Microsoft Store.