Samsung galaxy a82 in the pictures - there will be no surprises

The first photos of Samsung Galaxy A82 hit the network.The device will have a familiar design.

Samsung Galaxy A82 is another model that will power the ranks of this year's A Samsung series.The device has already appeared in numerous leaks, where it operates under the code name Quantum2.Now the list of reports is complemented by the first photos of the device, published by one of the Weibo users.

Pictures confirm what you had to expect before.Samsung Galaxy A82 will basically look identical to the other devices from this year's A series, including Samsung Galaxy A52 (pictured in the introduction) and A72.Therefore, we have a semi -matt, adhesive back with a characteristic island of a triple camera in the upper left and a display with a single hole for the camera in the middle of the upper beam.

The design of the upcoming model may prove to be a profession for fans of the brand.His predecessor, Samsung Galaxy A80, was one of the more original devices in its segment.The phone could boast of an unusual structure, where after leaving the rear camera turned and took over the role of the front camera.This, in turn, resulted not only in better quality selfies, but also a frameless display without indentation and holes. 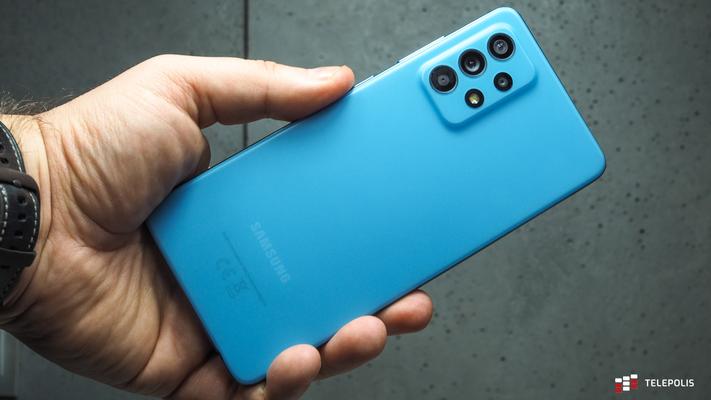 It must be admitted, however, that even despite the conservative design, Samsung Galaxy A82 promises to be a very interesting representative of the higher average shelf.The device is to be equipped with a 6.7 "Super AMOLED display and an efficient Qualcomm Snapdragon 860 processor.

Unfortunately, we still know the planned release date of the new model, but we will not have to wait too long.

Source of photos: Weibo, Gsmarena, Own