iPhone 13 finally with Always-on Display?
iPhone 13 is also to change the texture of the housing.The smartphone will not slip out of our hands anymore?

Apple is preparing a "revolution" for the iPhone 13. There will be something to make fun of

According to the latest leaks provided by Everything's.Displaying information on the screen is - on the one hand - nothing revolutionary.On the other hand, at Apple, we have not lived to see such for years, at least in smartphones, because the technology of this giant from Cupertino has been using for many months in its watches.According to previous leaks, users will not receive any large options for adjusting the appearance of the content that will appear in this form and the closest to the subdued lock screen, with a visible level of charge and battery.When we receive a notification - it will also be visible, all without completely illuminating the device.However, I do not hide.That I am more pleased with the more rumors about the 120 Hz refreshing, which would allegedly reach the upcoming smartphone model than.And yes, here I also expect a great madness at the conference and telling how it will change life.Well, in fact - from the perspective of the lion's parts of users, "faster action" provided by refreshing the screen will be much more valuable than even faster processor.

iPhone 13 is also to change the texture of the housing.The smartphone will not slip out of our hands anymore?

The second novelty that the iPhone 13 would propose is the new housing.Apple smartphones would be matte, with the texture of the housing, which will provide them with a more reliable grip.At the moment, it is not known whether this applies to all models - because the rumors apply primarily to pro max models, but who knows.Maybe this will turn out to be an option that will go to everyone - not only to the most expensive devices in the family.However, it just so happens that the biggest models need such solutions the most, because it is no secret that the larger the smartphone, the harder it is to keep it in one hand. 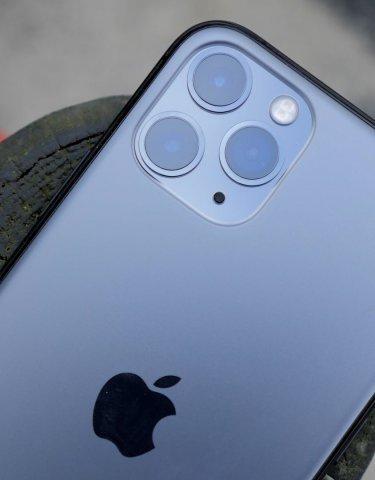 As it usually happens many months before the premiere of the new iPhone - more and more rumors will start appearing.I do not believe that they will all be reflected in the actual product, but the closer to the premiere, the more leaks you can expect.Well, I must admit that the 120 Hz refreshment screen would be a tempting argument to change from a worn-out iPhone X ;-).