Some stores add their own promotions to this
Samsung has prepared one more promotion that allows you to reduce the price of Galaxy Z Folda 2 by another 1000 PLN
Temporarily, the price of the Samsung Galaxy Z Fold 2 does not differ from other top smartphones

Samsung Galaxy Z Fold 2 at a much lower price. You can lower it even further

It just so happens that Samsung has prepared an interesting promotion for the weekend.

Samsung Galaxy Z Fold 2 started in September 2020 from PLN 8799. In March, the price with official partners dropped to PLN 7,779. Now the manufacturer has prepared another cut.

As part of the promotion, the Samsung folding box will cost PLN 6,599 until May 9.

Some stores add their own promotions to this

Some partners offer their own discounts. For example, in MediaMarkt and Neonet stores there is a promotion "PLN 50 cheaper for each PLN 500".

After adding Galaxy Z Folda 2 to the cart, the price under both promotions drops to PLN 5949. 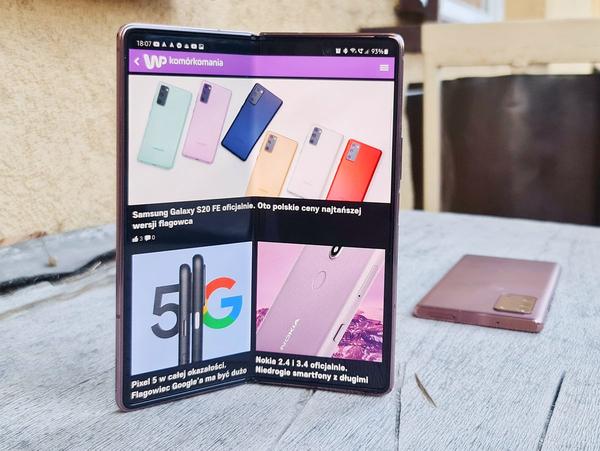 The company offers the option to buy an old phone as standard. People who take advantage of this offer until May 18 and decide to buy the Galaxy Z Fold 2 model in the Samsung.pl store will receive an additional PLN 1,000 discount. Details here.

People who take advantage of this offer will pay PLN 5,599.

Temporarily, the price of the Samsung Galaxy Z Fold 2 does not differ from other top smartphones

This weekend, a folded Samsung phone can be hunted for up to PLN 5949 or PLN 5599. These are, of course, high amounts, but at the same time typical for high-end devices.

Of course, you have to take the correction that the main distinguishing feature of the Z Fold 2 is its folding screen, and the specification itself is at the level of last year's flagships. This includes:

Respect Apple! The new ads for the iPhone 13 Pro are great