Epic Games sued Apple and Google because of their monopolistic practices and too high commissions.The case upset Android's creators so much that at some point they considered buying a studio responsible for Fortnite.

Currently, the most talk about the court battle between Epic Games and Apple, but many people forget that the creators of Fortnite will also allow Google.In both cases, the developer argues that American corporations use their monopolistic position to force their payment systems on smaller entities, in which they take up to 30 percent of profits.This matter raised Google so much that the creators of Android at some point even considering taking over epic games.

Epic Games documents show that at some point Google considered buying part or all shares in a company producing games and an Unreal Engine engine.The developer even described this "a way to suppress the attempts to circumvent Android Play Store".In turn, Google was to call Epic Games plans as a plague that threatens the technology market giants.Tim Sweeney - the head of Epic Games - he admitted on Twitter that he did not know about these plans.He also doesn't know if Google was planning any negotiations, or if it was to be an attempted hostile to take over.It is important that no one contacted him in this matter, so these plans probably never went beyond the Google walls. 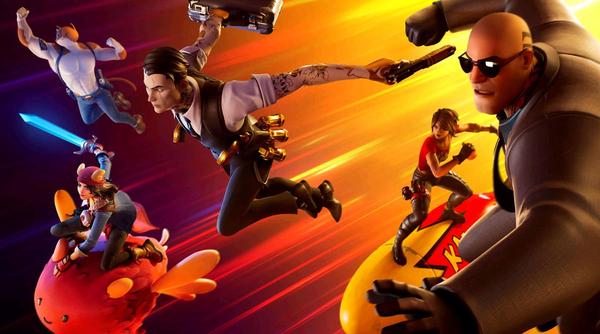 The Epic Games court battle with Apple and Google is slowly coming to an end.Both sides tried to convince the court in their arguments in various ways and it is difficult to judge anything.Fortnite's possible return to the App Store and Play Store, but on Epic Games terms it would be a great success of the developer.However, it is difficult to expect the court to be so favorable.Soon we should know the final verdict.

See: Epic Games Store brings huge losses, but so what? See: Twitch with a cheaper subscription.Check how much you save