We take it out of the box, connect it and ...?
Kowalski comes to the store, and the applications are there

Samsung Smart TV - TV with internet and own applications

The current form of Samsung Smart TV is the result of several years of evolution. The first TV sets with Internet access debuted in 2007. The concept of a device on which we can not only watch movies or series, but also surf the web, use various dedicated applications and even play games, has been gradually germinating in the minds of engineers for some time. Currently, Samsung offers the fifth generation of TV sets equipped with the network connection function.

The idea seems to have caught on, and this is evidenced not only by the statistics on the rapidly growing number of TV sets sold, but also on downloaded applications. It is worth taking a closer look at what the Samsung Smart TV really offers for the average Kowalski.

Exactly. Let's start with how to get to the Samsung Smart TV itself right after plugging in and starting the TV. Depending on the selected variant, we can connect an Ethernet cable to the TV or connect it to a home Wi-Fi router. In this way, we will get, among other things, an Internet connection, necessary for further exploring the Samsung Smart TV resources. The Wi-Fi router will also allow you to create a home multimedia network through which you can easily share movies, photos and music between individual devices.

If the device model offers access to this platform, there is a button called Smart HUB on the remote control. This is the name of the control panel in which all the tools offered, as well as access to the Samsung Apps store, are gathered in one place. It may take a while to start the service for the first time.

The main Smart HUB screen has been divided into several smaller sections, about which we will now write in a little more detail. Starting at the very bottom, the screen shows an overview of the default tools and applications installed. They include, among others, a convenient channel guide, a PVR recorder module that allows you to plan the recording of our favorite programs based on the EPG (electronic program guide), and a web browser. In the latter, both ActiveX and Flash work, so in principle we can display any website on our TV screen, using the remote control as a tab or mouse cursor. 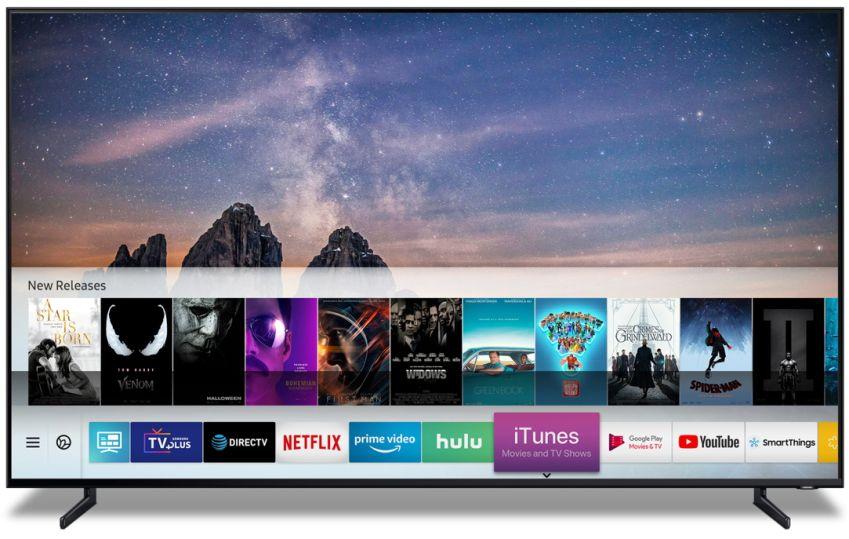 Another thing worth noting is the multimedia categories. Immediately after entering the Smart HUB, you can go to the section with movies, photos or music and view the resources of all devices and data carriers connected to the TV. The built-in Search All search engine scans not only local resources, but also the entire home network or the Internet (e.g. social networking sites). Social fans will appreciate the function of communication with Facebook, Twitter and Google Talk. We cannot forget about the All Share section, thanks to which we can easily share media from various devices (including smartphones and tablets) using the DLNA protocol.

Kowalski comes to the store, and the applications are there

The key element of Samsung Smart TV is the app store. So far, they are all free, but paid programs are not ruled out in the future. There will be around 30 Polish applications by the end of 2011, so there is a lot to choose from. Downloading and installing them on the TV is very easy, and the internal memory of the device should always contain at least several dozen items.

It is worth pausing for a moment and asking the question, what type of content can we find in Samsung Smart TV? Below is a short summary with examples of specific applications:

1. Movies and series. In terms of the number of downloads, applications offering access to movies and series are at the very top. Widgets from Ipla, Iplex.pl, as well as vod.tvp.pl, WP.tv and the recently debuting tvn player are waiting for Polish users. Interestingly, recently Polish applications have even surpassed the popular YouTube widget.

2. Games. Of course, the Samsung Smart TV will not replace the game console for now, but the store has a separate section with simple logic and platform games. They will surely please the youngest TV users who are eager for entertainment.

3. Information. Many applications in the Samsung Apps store are informative. Sitting in front of the TV screen, we can read about domestic and international events, economic news, and check the weather. From the home yard, a strong team consists of applications from large internet portals (onet.pl, gazeta.pl), as well as such interesting facts as Polish Radio or the Police.

4. Photos. The best example is Google Picasa, a well-known program for cataloging and basic image processing. It is enough to upload photos from a computer to the Internet and after a while we can view them on a large screen.

5. Social networks. Without moving from the screen, we can log in to our accounts in popular social networks. We have Facebook, Twitter and Google Talk widgets at our disposal. The Social TV function looks interesting, in which we simultaneously watch TV and have communication with our friends and family on social networks and we can chat with them.

6. Video calls. In Samsung Apps, there was a messenger for video calls, i.e. Skype. Of course, we need to purchase a dedicated camera separately in order to make video calls with others in front of the TV (regular USB webcams will not work). The cost of such a camera is about PLN 500.